And we’ve got plenty of love to go around. 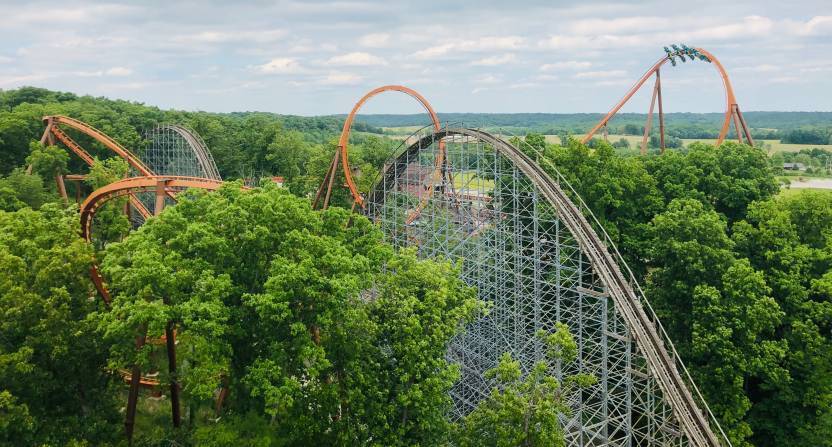 Over the decades, we’ve bent over backwards to keep our parks filled with beautiful trees.

Did you know the acclaimed “S Curve” at the bottom of The Raven’s fifth drop was created to save a row of trees? #NationalLoveATreeDay pic.twitter.com/kOoR2eEvyi

We tell that “S Curve” story about The Raven in greater detail on this HoliBlog post from 14 years ago. That was back when our blog was in its infancy, as we teased about a big project for the 2006 season.

You remember back then, right? It’s when we announced The Voyage!

Here’s a photo of another particularly lush area of the park. 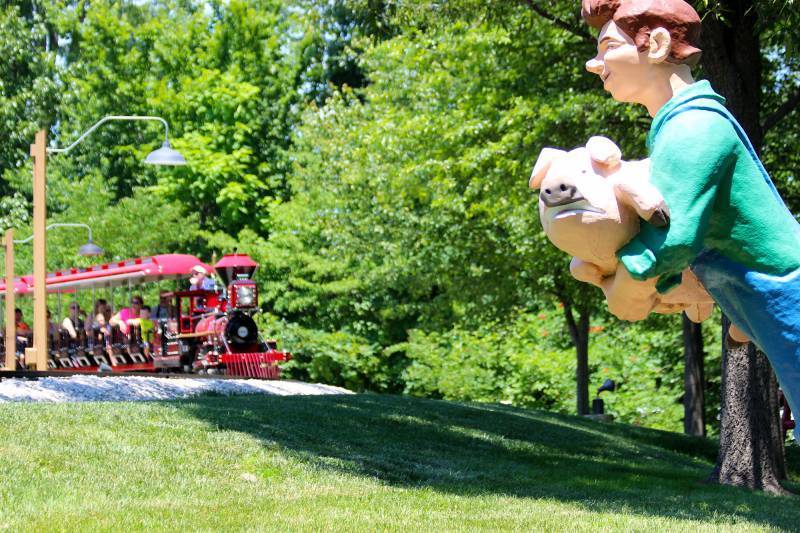 This is the Holidog Express choo-chooing through Mother Goose Land. No doubt you recognize Tom Tom the Piper’s Son, clinging to an ill-gotten bit of livestock.

As an aside, research suggests that the nursery rhyme (from the late 1700s) doesn’t reference an actual pig, but a small pastry with apple filling. I sort of love that piggy, though.

Decades ago, the travel editor of the Indianapolis Star rode this train’s predecessor, The Freedom Train, with me. (If memory serves, it was the only ride he agreed to try.) As we passed ol’ Tom, the editor suddenly pointed and proclaimed,

I think of that utterance every time I ride the train, long ago with my sons and now with my grandson. Did a future president (who visited us in 1955) pose for our Tom Tom the Piper’s Son character statue? Stranger things have happened, right?
___
Would you like to receive HoliBlog notices – along with news releases and sweepstakes – by email? Sign up here and you can choose whether to receive the emails weekly or the same day the blog posts are published. Thank you!